To build the energy grid of the future, Parry Sound needed to find solutions that would allow integration of clean, distributed energy and enable a collaborative, participatory grid.

Parry Sound had a power problem. On the eastern shore of Georgian Bay, the town had long been an alluring paradise for those with an appreciation for nature. However, as the town expanded, its aging electrical infrastructure failed to keep up. And, by 2017, a report by Ontario’s Independent Electricity System Operator (IESO) flagged Parry Sound’s transformer station as an area of concern.

With its transformer station operating at full capacity, Parry Sound faced a barrier: Despite a will to expand, it could not afford to entice new business to the area — there simply wasn’t enough available power. Moreover, as its own 5-Year Conservation and Demand Management Plan put it, “Living in paradise comes with a certain amount of social/environmental responsibility.” But, as Paul Lefebvre, parliamentary secretary to the minister of natural resources at the time said, “If everybody had a Tesla tomorrow, the grid would not be able to handle it, period.”

Aging and inflexible energy infrastructure — it’s an issue that an increasing number of communities are facing. To adequately prepare for the future, municipalities need innovative solutions to help modernize while also reducing greenhouse gas emissions.

Parry Sound’s town council decided to be proactive and set out to find a way to seamlessly introduce renewable energy into its power grid. In 2019, the town announced its intention to become one of the first net-zero emission communities in Canada, and turned to Lakeland Holding and its subsidiary Bracebridge Generation. Through a multi-year, multi-part project, Lakeland is aiming to modernize the area’s power grid by implementing clean power sources, improving reliability and ensuring energy prices remain affordable. The work is still underway. But the progress so far shows other communities a sense of what is possible — that resilient, flexible power grids are not only possible but crucial to create a more sustainable future.

For Canada to reach its emissions-reduction targets by 2030 and hit net-zero by 2050, experts project that the country’s electricity demand will at least double due to the zero-emission electrification of transportation, buildings and industries that currently rely on fossil fuels.

But as it exists today, the traditional centralized grid — which is to say, a system that has a one-way flow from power plant to home or business — is not equipped to handle this coming change. Canada has one of the cleanest electricity systems in the world, with 80 percent non-emitting sources. To eliminate the remaining 20 percent of fossil fuels while taking into account future demand, however, provinces will need to dramatically restructure their electricity markets. This includes not only investing in grid capacity-building technologies, such as small nuclear reactors, but also embracing a more flexible model that allows for distributed energy sources and renewable energies to take part in the energy market.

In practical terms, this means the grid of the future must be flexible and allow for the participation of households and businesses storing electricity in electric vehicle batteries or generating their own electricity through renewables. In theory, this household energy could then potentially be sold back into the grid at a gain for the consumer.

According to Ontario’s IESO, the benefits of increased reliability and new technologies such a market renewal could create in this province alone could be approximately $800 million over the first 10 years of implementation — and that could continue well beyond that period. But for such a grid to be feasible, having technology that can optimize all the assets while managing their participation in real time is key.

“The whole point,” explains Jennifer Montpetit, advanced planning and communications manager for Lakeland Holding, “is to make sure that whatever solution we put in place is good for the local distribution company, it’s good for you and I as customers, and it’s good for the provincial grid in general.”

In Parry Sound, while the primary goal was to reduce the load on the transmission station, the team also wanted to set up the grid of the future. Funded by the Government of Canada’s Smart Grid Program, the project saw Lakeland introduce a number of renewable assets into Parry Sound’s grid, including a solar array, a Tesla megapack, a microgrid and energy storage systems. The new metering and storage solutions demonstrate how communities can increase electricity reliability and encourage adoption of electric vehicles while also deferring costly upgrades.

Then, Lakeland started the second phase (dubbed DEMOCRASI, short for Dispatchable Energy Market Optimized Constraint Real-time Aggregated System Interface) to provide better visibility and control over the various new sources of energy, such as electric vehicles and renewables like solar and wind power, batteries and smart devices. It partnered with Ontario’s Opus One Solutions and U.K. company Kiwi Power, to produce a scalable, cost-effective smart grid management solution that allows the utility to optimize all the assets that are connected to the grid. 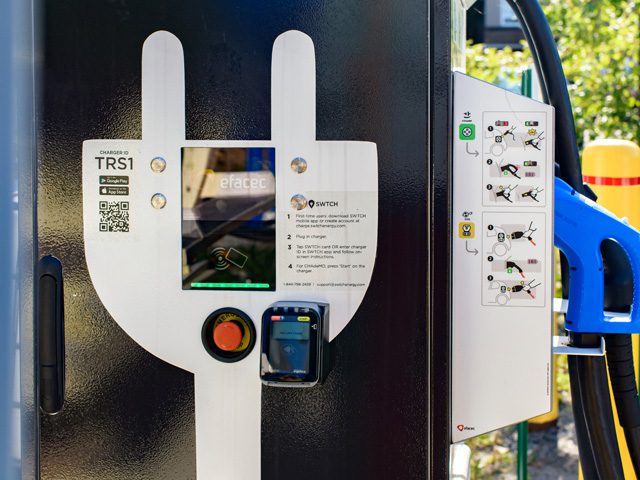 For most of us in urban centres, the idea of technology is a simple transaction: we flip a switch and a light turns on or we plug our phone in and it charges and we get charged for the privilege. But dig a little and there are big inefficiencies with the way the traditional grid operates. This is especially so when it comes to the cost of producing energy during non-optimal times. At the moment, this is also true of renewables such as solar, which can produce a lot of excess energy that must be discarded if there isn’t a viable way to store it.

While a flexible grid solves some of these challenges, it also adds great complexity. Think of it like an orchestra: a quartet can manage on its own, but once you start adding more instruments not only does it become more powerful, it also demands a conductor to orchestrate all these new and varied pieces into a functioning, cohesive whole.

In the demonstration case of Parry Sound, when they introduced the distributed energy resources and renewables into the grid, Lakeland relied on Opus One’s Grid-OS Optimization Engine and Kiwi Power’s Core Aggregator Platform to come up with a solution that would ensure a seamless integration — so that the residents of Parry Sound would not notice a change in service while also making sure that the new assets wouldn’t overload the system. And, crucially, notes Lakeland’s Montpetit, it was important to make use of energy exchange markets to ensure this new flexibility would be financially viable.

Taking on such a project meant breaking new ground. One of the early challenges, says Lakeland’s project process lead Marjorie MacDonald, was that market changes are often unpredicted and took some time to clarify. But it helped “to be flexible, have a structure in place to make changes to scope, and have regulator input and participation regularly from the outset,” she says.

To fund it, Lakeland, Opus One and Kiwi Power took part in Natural Resource Canada and Britain’s Department for Business, Energy and Industrial Strategy’s Power Forward Challenge, which offers up to $4 million ($3 million for a pilot and another $1 million to the winner) to a transatlantic consortium who could “design better power grids, connecting our nations to clean, user-friendly grids and helping to prevent power outages.”

As the challenge is still ongoing, the results of Parry Sound’s project won’t be released until next year. If it proves successful, says Opus One project manager Jing Guo, the project could be a proof of concept that not only “showcases the feasibility of technological innovation but incentivizes utility companies to make environmentally conscious changes.”

Of course, Canada and the rest of the world are far from hitting a critical mass adoption of renewable energy sources. But with the Biden administration allocating billions to new energy infrastructure and governments in Europe and Asia looking toward flexibility’s coming-of-age moment, the potential scalability upside could be massive.

“It’s important to make this clear that none of this has been done before,” Monpetit points out. “It’s a success because we were able to utilize certain assets and we were able to work together to create this product solution which hopefully in five, 10 years can be deployed globally.”

Adopting breakthrough tech solutions means staying ahead of the competition. Become a MaRS Corporate Innovation member and gain exclusive access to our ecosystem.